In the fall of 2015, volunteers from Rotary and Heifer International came together to build hoop houses for a few farmers working small lots in Arkansas, USA. The afternoon outing was part of a larger project that is still reaping benefits four years later, supporting small-scale agriculture in the region and increasing access to locally-grown food.

Heifer has been using the small-scale agriculture model for decades to alleviate hunger and fight poverty around the world. The approach has the added benefits of being environmentally friendly and offering healthier food options.

That mission dovetails with Rotary’s mission to grow local economies and improve health. So it’s not surprising the two groups have teamed up on a number of occasions in the past 30 years to improve communities by helping families escape poverty. Several Heifer employees are or have been members of the Rotary Club of Little Rock, Arkansas, USA, the city where Heifer has its headquarters.

“Our values line up very well,” says Ardyth Neill, a member of the Little Rock club and president of the Heifer Foundation. “With Rotary, it’s Service Above Self and helping to serve others. Heifer has been working with farmers to be accountable, pass on their gifts, train other farmers, and work together in community. It’s learning to share and care, basic things that work well together.” 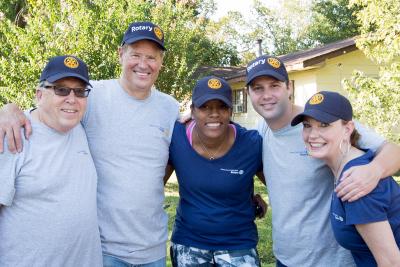 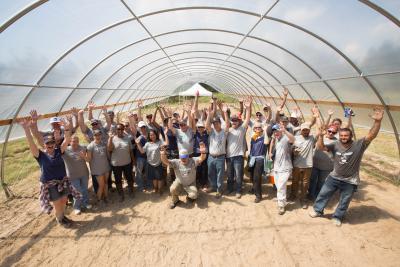 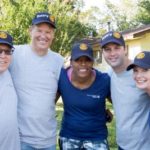 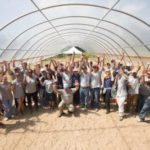